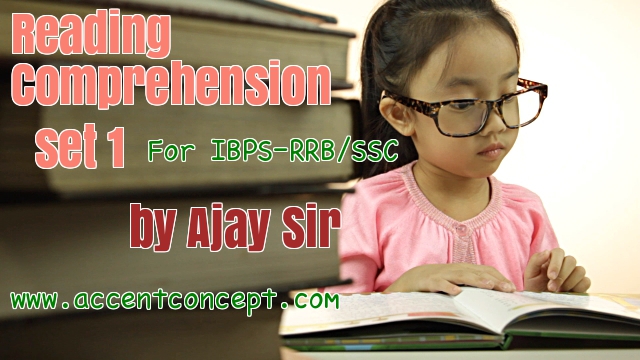 Directions (1-10): Read the following passage carefully and answer the questions given below it.

Talent is worshipped everywhere, which is motivated through awards system. Because awards are a sign of pride and glory in everybody’s life. Presenting an award is the means to honor the talents, achievements, performance and work for a lifetime of a person. Different awards have their own specific fields of existence and each one of them adds there are numerous award ceremonies that occur in India. The Indian celebrities like the sportsmen, artists, actors and technicians are awarded in the different fields on the basis of their abilities and passion. Until 2011, the official criteria for awarding the Bharat Ratna stipulated it was to be conferred for the highest degrees of national service. This service includes artistic, literary, and scientific achievements, as well as recognition of public service of the highest order. In December 2011, the Government of India modified the criteria to allow sportspersons to receive the award; since then, the award may be conferred for performance of highest order in any field of human endeavour. Any person without distinction of race, occupation, position or sex is eligible for the award. The recommendations for an award of the “Bharat Ratna” are made by the Prime Minister of India to the President of India; a maximum of three awards may be made in a given year. The holders of the Bharat Ratna rank 7th in the Indian order of precedence however, the honour does not carry a monetary grant. The honour does not confer any pre- or post-nominal titles or letters; recipients are constitutionally prohibited from using the award name as a title or post-nominal. However, if they desire, recipients may state they are Bharat Ratna awardees in their curriculum vitae, on letterheads or on business cards. When we discuss about sports , especially cricket then name of Sachin Ramesh Tendulkar comes on the top, their fans also call him “God of Cricket”, who is now a former Indian cricketer widely acknowledged as the greatest batsman of the modern generation and by many as the greatest cricketer of all time. He is not the first of India’s sporting heroes: there were several before him, and even some after 1989, the year he made his international debut and received awards .But unfortunately some Indian cricketers were found guilty in the charges of fixing and bribery i.e. Mohammad ajharuddin, Ajay Sharma, Manoj prabhakar and many more. But when Tendulkar announced his retirement from all forms of cricket on 16 November 2013 after playing his 200th and final Test match, against the West Indies in Mumbai’s Wankhede Stadium. Then within a few hours of ending of his final match on 16 November 2013, the Prime Minister’s Office announced the decision to award Tendulkar with the Bharat Ratna, India’s highest civilian award, making him the youngest recipient to date and the first ever sportsperson to receive the award. At 40, the cricket icon is the youngest ever to receive the award. Unlike many others who have received the honour in the last six decades, he did not have to wait for the award; the award waited for him. Thus the honour was India’s, as much as Tendulkar’s.

1. Which of the following is the highest Indian Honour?

2. According to writer, who did serve as a source of Inspiration and motivation?

3. Which of the following cricketer was not found Involved in the charges of fixing and bribery in the cricket match given in the passage?

4. Which of the following is true as given in the passage?

A) No one could break any record of Sachin Ramesh Tendulkar
B) Sachin is the second most respected player of the team, hence called ‘God of cricket’
C) BCCI called Sachin as ‘God of Cricket’
D) In 2011, Government of India allowed sportspersons to receive the Bharat ratna Award.
E) None of these

5. What is the mean of following given statement as used in the passage- “He did not have to wait for the award, the award awaited for him”

A) Sachin Ramesh Tendulkar is the greatest batsman of the modern generation.
B) Bharat Ratna award is the highest honour for national service and former cricketer Sachin Tendulkar has divoted a big
span of life to the Nation.
C) Bharat Ratna is the highest civilian award.
D) Sachin Tendulakar is the youngest cricketer of India, who received bharat Ratna.
E) None of these
Directions (6-8): Choose the word, which is MOST SIMILAR in meaning to the word printed in bold as used in the passage.

Directions (9-10): Choose the word which is MOST OPPOSITE in meaning of the word printed in bold as given
below-